Bail, Bonds & Getting a Loved One Out! 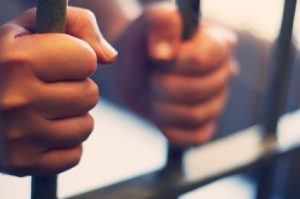 Usually the first goal for anyone arrested and put in jail is getting out of jail. Typically this means that you, or someone, must post bail.

Posting bail means that something of value is given to court in order to insure that the defendant will show up to court for future hearings and see the case to completion without skipping out. The thing of value can be money, a bond from a licensed bail bonding agency or property. If the defendant doesn’t show up for court dates, or send an attorney in their place, the court will forfeit the bail and keep it. In felony and misdemeanor cases, the court will also issue a warrant for arrest for the defendant failing to appear.

How San Diego Bail Is Set

The bail amount is set by a judge and follows guidelines established in California’s Uniform Bail Schedule.  One can bail out early in San Diego by posting bail with the jailhouse, although this will typically be higher than what it is should the defendant wait until they’ve seen a judge.

A San Diego bail review hearing is another opportunity to request that bail be lowered or that defendant be released on “own recognizance” or “O/R” without having to post any bail.  At this hearing bail will be lowered (some circumstances increased) based off two central issues: (1) if defendant is not a flight risk; and (2) if defendant is not a danger to society.  Having an attorney at this stage to organize and gather evidence is instrumental and very helpful.

At either of the bail hearings, a judge may impose additional conditions on defendant called “conditions of release”.  A violation of a judge-imposed-condition will result in being re-arrested and returned to jail.  One common condition is that the defendant obey all laws.  A defendant out on bail that is arrested on a new crime will compound the issues and increase bail on the new charge.  Sometimes judges will require that defendant not contact or be contacted by key witnesses in the pending case.

As stated earlier, bail’s only purpose is to get the defendant to show up future court dates and finish the case out to the end.  In certain situations (some felonies, many misdemeanors and most infractions) a judge can release the defendant from jail WITHOUT posting bail on the defendant’s “written promise to appear”.  This promise requires that in lieu of the judge requiring bail, the defendant promises to appear, or have an attorney go in their place, to future court hearings.  If the defendant doesn’t appear, the judge will issue a warrant and upon the arrest of the defendant, may hold him/her in custody until disposition of the case is finished.

If you would like more information about San Diego bail proceeding, contact a criminal defense attorney at The Hullinger Firm, PC for a free consultation by calling 619-452-2539 or email us at attorneys@hullingerfirm.com.  Our attorneys have helped defendants and family members get through the difficult time of arrest and bail.  We know professional bail bond agencies and may be able to help negotiate a lower bail premium on your behalf.