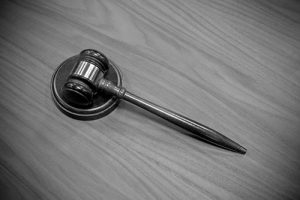 Motion Hearings are court proceedings that take the case out of its ordinary course. Essentially, a criminal case follows a due course.  This consists of an Arraignment, Preliminary Hearing, Conferences, and Trial.  A motion hearing occurs when the defendant or the government asks the court for some special relief that must be addressed outside of the due course.

For example, a common motion in criminal law is a Motion to Suppress Evidence pursuant to the Fourth Amendment of the United States Constitution and California Penal Code 1538.5.  When the defendant asks for ruling that certain evidence be suppressed, the court holds a special hearing outside of the normal procedure of the case.  This hearing is a prototypical example of a Motion Hearing.

What Happens at a Motion Hearing?

Motion Hearings are either evidentiary or non-evidentiary in nature.  In an Evidentiary Motion, both sides are allowed to call witnesses to the stand and admit documents, pictures, diagrams and other evidence the court deems proper.  After the court receives the evidence, each side gets an opportunity to argue to the court why they think the relief sought should be granted or not granted.  In a non-evidentiary motion, no evidence is taken and the court merely hears arguments of the parties to resolve the dispute.

A skilled defense attorney knows all the types of motions that can filed by either side, defense and prosecution.  A well-timed and skillfully argued motion can turn the tide of the case in favor of the defense.

A motion is initiated by the filing of a written motion at the court within timelines specified by statutes.  At the time of filing, the court clerk will set a motion date for the court to hear the motion.  Once the motion is filed, the filing party serves a copy of the motion on the Prosecution.  The prosecution then can choose to file a response/objection to the motion or concede the point.

Most motions require that the other side gets at least 10 days before the hearing to respond.  That means that the earliest a motion could be heard, is 10 days after filing.  In practice, San Diego’s Motion Calendar is about 15 to 30 days out.

What if the Motion is Granted?

Depending on the issue and motion filed a finding in your favor will significantly increase the chances of a good plea deal or dismissal of the entire case.  There are many types of motions in criminal law, from asking for more evidence from the government to asking for outright dismissals.  A well-placed, well-timed, and skillfully argued motion may be the difference a conviction or a dismissal.

If you or a loved one are facing criminal charges in San Diego, give our office a call and speak with a San Diego Criminal Defense Attorney by calling 619-452-2539.