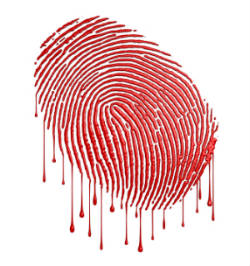 California Homicide is the killing of another human being and is prosecuted under several distinct charges. With the complex issues involved and shear volume of evidence, you can rest assured that many different groups of people will be working on you or your loved one’s case – both for and against! San Diego has scores of highly trained investigators, scientists and attorneys that prosecute homicide charges.

Under California law, homicide is the killing of a person.

Criminal law, and homicide in particular, is based on morality.  The more “wrong” an action is, the more harshly society punishes an offender.  The specific crimes, listed above, are ranked roughly in terms of severity of punishment.

The second concept homicide focuses on is actus reus, or a “bad act.”  The prosecutor must prove that the defendant is the person who actually caused the death of the victim.  Like mens rea, the basic concept is simple.  One example of a bad act is shooting a firearm at a human being.  Another example is the defendant running a person over with his or her car.  As with the guilty mind, the bad act can have mitigating factors.  Acts must be voluntary.  A defendant who fell asleep at the wheel and ran over another human being is probably not guilty of murder.  Likewise, a defendant having a seizure who stabs a victim is probably not guilty of murder.  There are sometimes other facts outside of the defendant’s control that can mitigate a bad act, even if the defendant voluntarily committed the act.

The fourth and final concept homicide focuses on is the killing itself.  The death must be unlawful to count as murder or manslaughter.  A defendant may intend to kill a person, and may actually shoot the person and killed them, and yet not be guilty of murder or manslaughter because the defendant reasonably feared for his or her life and is privileged by self-defense.  A police officer may intentionally shoot and kill a criminal who has taken a hostage because the law privileges that officer to take that action.

How Can We Help:

Although the theory behind homicide is simple on its face, in practice the law is extremely complex.  Some law students spend their entire criminal law class focusing exclusively on homicide.  For our clients, the differences between the specific crimes that homicide entails can mean the difference between life in prison and being acquitted entirely.  All crimes require the prosecution to prove that the defendant fulfilled every element of the crime “beyond a reasonable doubt.”  An experienced criminal defense attorney, like those at The Hullinger Firm, can use this standard as a shield.  If the prosecution is unable to prove any element of their charge, then the jury must find the defendant not guilty.

Finally, an experienced criminal defense attorney can negotiate with the prosecutor.  In some cases, the defendant is clearly guilty of homicide.  However, prosecutors are extremely busy and often do not want to be forced to spend the time and resources necessary for a full trial, or even risk losing the trial to a sympathetic jury.  The attorneys at The Hullinger Firm have experience negotiating with prosecutors, and have successfully pled clients to lesser forms of homicide.  While no one wants to spend time in prison, spending five years in prison is clearly better than spending “25 to life.”

Our experienced homicide defense attorneys are ready to help you.  Contact us today for your free consultation.